The Narberth community will come together again this holiday weekend to honor veterans at the annual Narberth Memorial Day Parade http://airmail.calendar/2016-05-26%2012:00:00%20EDT The Harold D. Speakman American Legion Post 356 is the primary sponsor of the event, which is co-sponsored by the Narberth War Memorial Committee.The parade steps off at 9:30 a.m. in front of the post at the community building on Windsor Avenue, marching through town to reach the downtown area on Haverford Avenue by between 10:15 and 10:30 a.m. Many community groups and organizations will participate, including local Girl and Boy Scout troops, the Narberth Fire Co. and Narberth Ambulance.

A special feature of the Narberth parade is always the marching bands. This year five bands will be participating: the Brian Boro Pipes and Drums from King of Prussia, the champion Hegeman String Band, the Philadelphia Freedom Band, the Watson Highlanders Pipe Band, and the John Shaw Band.

The morning’s observances conclude with a service at the Narberth War Memorial site at Windsor and North Wynnewood avenues at 11 a.m. for the laying of wreaths and a rifle salute. Speakers will include state Rep. Mary Jo Daley, and Vincent Capriotti will sing the National Anthem and “God Bless America. 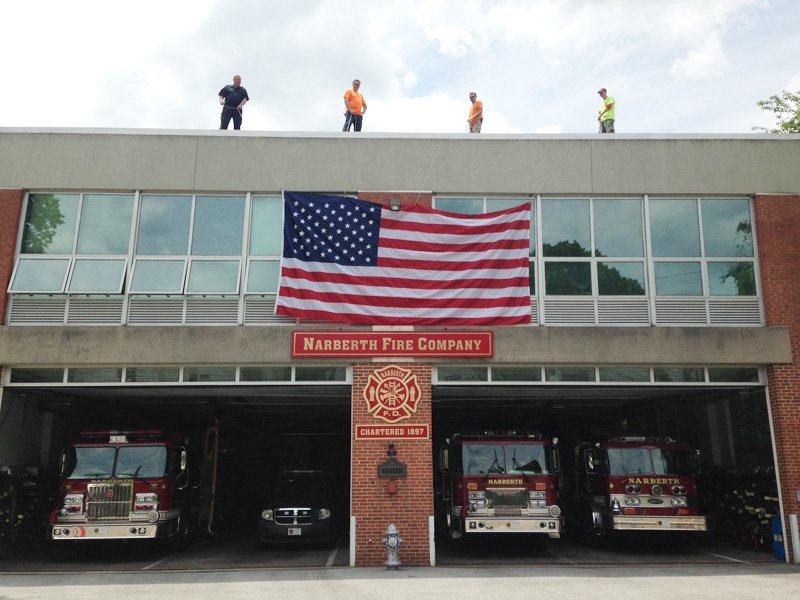 And a special thank you to the members of NFD that volunteer their time to help our community while also raising the next generation of Firefighters. ... See MoreSee Less

We hope you all had a wonderful Father's Day!

Thanks so much, Narberth Fire Company!

What a great idea of something so easy to do.
* close your doors before you go to bed.
#CloseBeforeYouDoze
* make sure you have working smoke alarms
#SmokeAlarmsSaveLives
Closed doors and working smoke alarms saved lives at this fire!
#homefiresafety ... See MoreSee Less

Great work by all involved!
Many of the residents said they were awakened by the smoke alarms.
Please make sure yours work! ... See MoreSee Less

Officials said at least three people have been taken to the hospital with smoke inhalation and another person who jumped from a balcony is being treated for a broken ankle.
View on Facebook
·Share

Thank you for being there ❤️